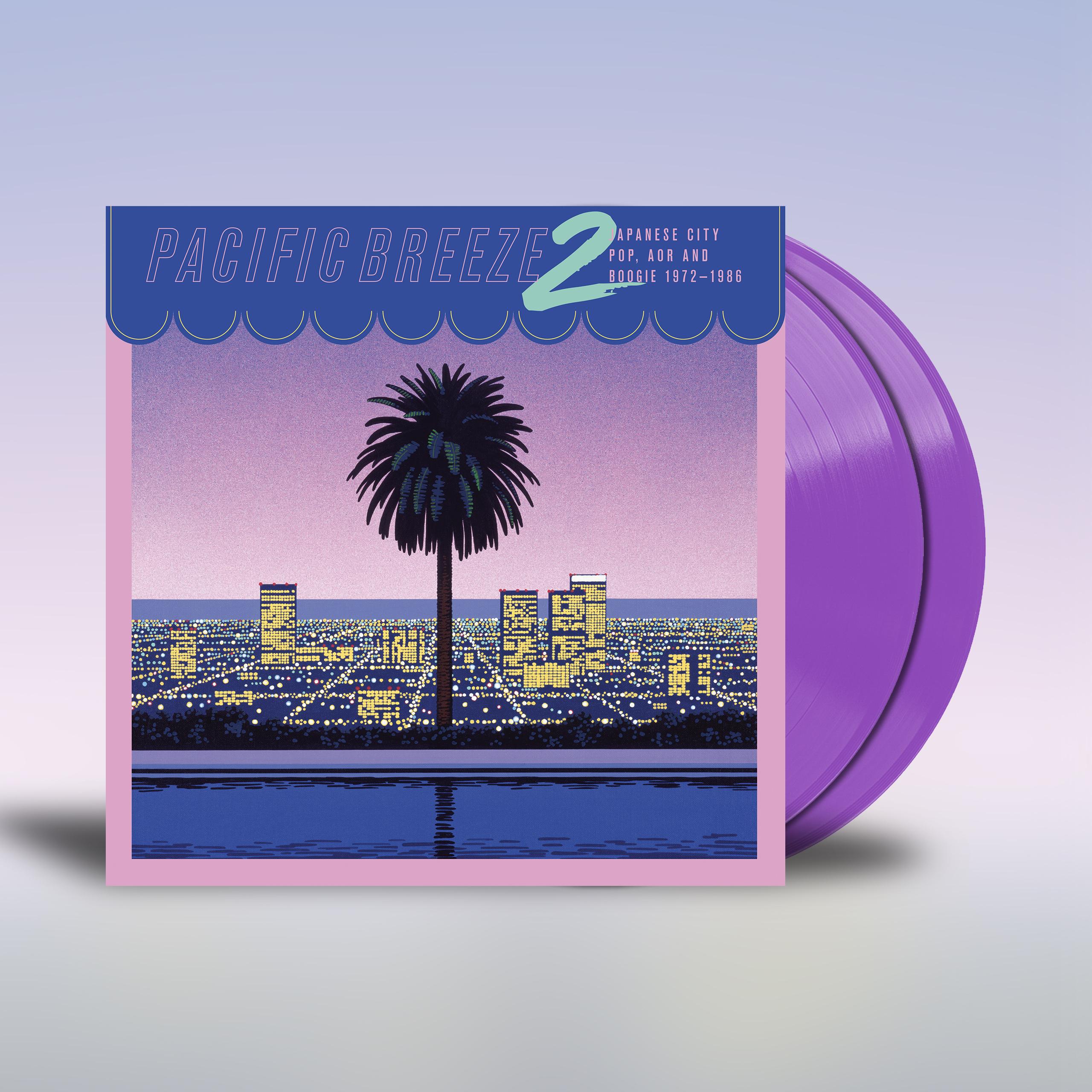 La suite du best seller!!! Toujours aussi solide.
--------------
When Light In The Attic released Pacific Breeze: Japanese City Pop, AOR & Boogie 1976-1986 in 2019, it was the first collection of its kind to be released outside Japan. It proved to be just what music fans had been waiting for???a compilation of sought-after tracks that had been nearly impossible to obtain unless you were well-connected with dealers and collectors, or traveled regularly to the countless record stores in Japan. Pacific Breeze included Minako Yoshida, Taeko Ohnuki, Hiroshi Sato and Haruomi Hosono among other key players of ???70s-???80s Japanese City Pop, the nebulous genre that encompassed an ???amalgam of AOR, R&B, jazz fusion, funk, boogie and disco, all a touch dizzy with tropical euphoria,??? as we described it the first time around.

With Pacific Breeze 2: Japanese City Pop, AOR & Boogie 1972-1986 we dig deeper into those sounds of bubble-era Japan. From the proto-City Pop funk of Bread & Butter and Eiichi Ohtaki to the crate-digger favorites Eri Ohno and Piper, the latest entry in Light In The Attic???s Japan Archival Series brings another set of sought-after tunes, most of which have never before been available outside of Japan. Tomoko Aran and Anri, also included in this compilation, are just a few of the artists who have gained popularity in recent years thanks to Vaporwave, the meme-genre that heavily samples Japanese City Pop to create its particular aesthetic.

Pacific Breeze 2 once again feature the artwork of renowned Tokyo-based illustrator Hiroshi Nagai, whose iconic images of resort living have become synonymous with City Pop. Nagai???s urban tropical imagery is a perfect match for the expertly curated tunes, evoking a certain sense of nostalgia for the leisure lifestyles of ???70s-???80s Tokyo, while simultaneously being perfectly in tune with the current zeitgeist.