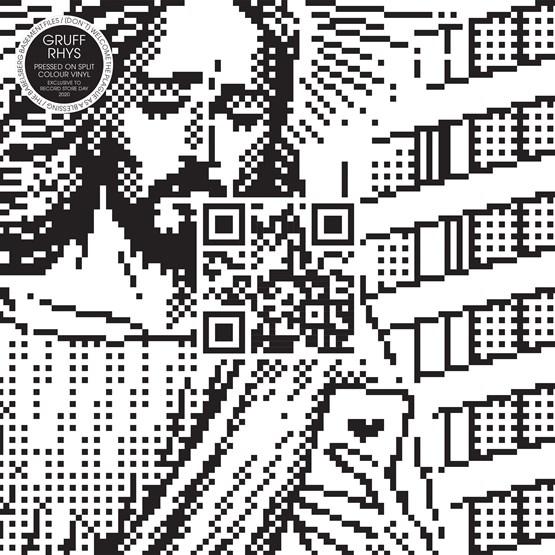 Un de nos favoris! Un véritable créateur et iconoclaste.
--------------
Early in 2016 Ali Chant texted me, asking if I still wanted to record some stuff at his studio - as property developers were about to knock it down. Another creative space bulldozed away for capital gain. Politically it was a shit year. The noise building for the Brexit referendum that would fuck with the future of the young was in full swing. Bowie died, and on the morning of the first recordings I had the worst migraine. I left the building and threw up in the street. I wanted to commit to the lyrics and sing live so I think I was stressed about getting them ready to sing. I had a batch of songs I wanted to record but I didn't have a record label or any plans of what to do with them. I gathered incredible musicians from my square mile in Cardiff in the van and drove to Bristol. Kliph on drums, Steve on bass and Osian on piano. I sang and played guitar - We recorded live takes for 3 days then I sat on the songs for almost 2 years. Eventually handing them to composer Stephen McNeff to work on orchestral arrangements. I called the album that was mixed by Samur Kouja; Babelsberg - and I'm very happy with it. This album meanwhile is an exploration of how it came to be - and the songs in their raw state. A companion piece rather than the definitive article. Most tracks are similar to the final work except for Selfies in The Sunset which is pre-duet and much longer. At some point it would be great to release the amazing orchestral elements too. Maybe both records could be played at once. In the meantime please enjoy the fruits of Kliph Scurlock's mixes and demo digging for (Don't) Welcome The Plague As A Blessing.