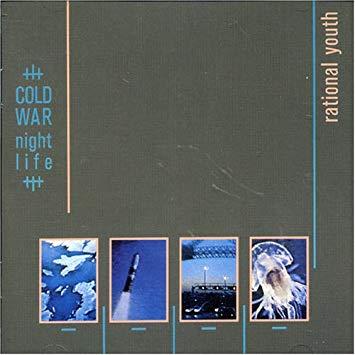 MONTR??AL NEW WAVE BAND RATIONAL YOUTH ANNOUNCE EXPANDED EDITION OF THEIR DEBUT ALBUM!
REISSUE INCLUDES RARE MEMORIABILIA AND NEW LINER NOTES WRITTEN BY ORIGINAL BAND MEMBER TRACY HOWE
Rational Youth will release a deluxe expanded edition of their 1982 debut album, Cold War Night Life. This special reissue
will be released as 1CD and 2LP translucent vinyl formats and features extensive liner notes, testimonials, and rare photos
from the band???s personal archives, the expanded reissue also includes both the original 1982 tracks and the 2019 remixed
versions.
When originally released in 1982, Cold War Night Life was the first all???synth pop album to ever be released in Canada.
Founding member of Rational Youth, Tracy Howe, remembers the recording process:
???The most remarkable thing about making this album, from an historical perspective, was the fact that we were making an
all???synthesizer pop album, and in Montreal in 1981???82 that was pretty new. A lot of our arrangements and all the synth
sounds were worked out at home and sequenced, so when we got to the studio we would set all the synths up and patch
everything, tell the engineer to put machine in record and roll the tape, we???d start the MC???4 MicroComposer and half a song
would instantly go to tape. The rock and roll engineers we had were kind of stunned by this, and by the fact that we were
using a drum machine (a Roland TR???808, one of the first on Canadian shores)??????