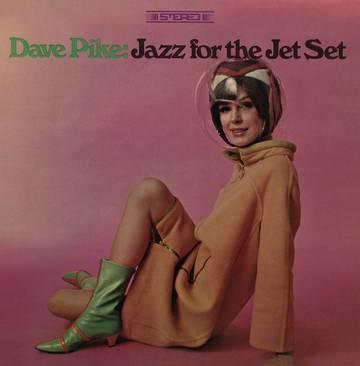 << For his 1966 debut for Atlantic Records, jazz vibraphonist and marimba player Dave Pike and an all-star lineup produced a perfect blend of Jazz, Latin, Soul and R&B that stands the test of time. Produced by Pike???s frequent collaborator Herbie Mann, Jazz for the Jet Set featured a young Herbie Hancock on organ (an instrument he rarely played again), Clark Terry on trumpet, Billy Butler on guitar, Grady Tate on drums, and many other talented musicians. From an artistic perspective, the album marked a pivotal time in Pike???s career, when he began to move away from straight-ahead jazz and forge a relationship with soul music, Latin rhythms, pop arrangements and more experimental styles. With this official re-issue courtesy of Nature Sounds, Jazz For The Jet Set is now back on limited-edition vinyl while supplies last. >>