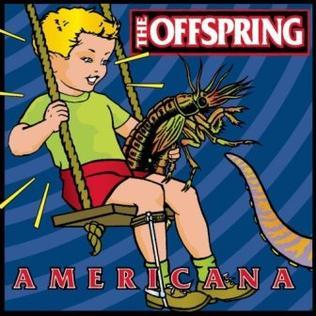 Americana is the fifth studio album by the American punk rock band the Offspring. The original was a major success,
debuting at number six on the Billboard 200 and is the band's second best selling album to their 1994 breakout Smash. The
album contains the hit single "Pretty Fly (for a White Guy)".