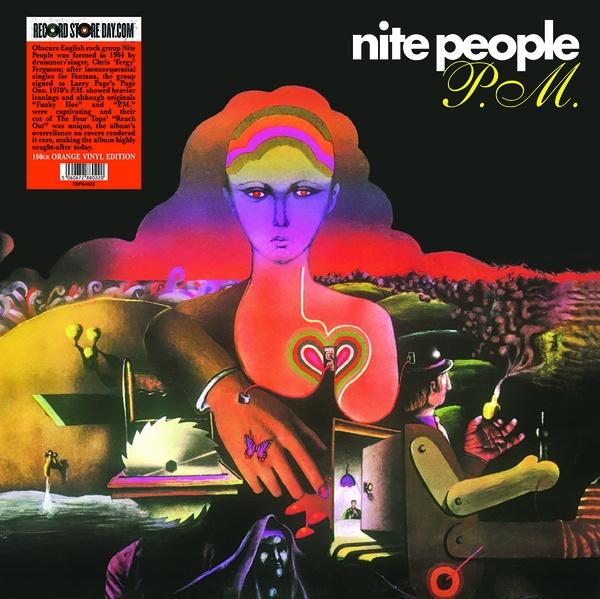 - A reissue of Nite People's P.M., originally released on Larry Page's Page One in 1970.
- Obscure rock group Nite People was formed in 1964 in the southern English town of Poole by drummer/singer, Chris "Fergy" Ferguson.
- P.M. showed the band's heavier leanings and although originals "Funky Hoe" and "P.M." were captivating, the album probably had many covers, including the unique cut of The Four Tops' "Reach Out".