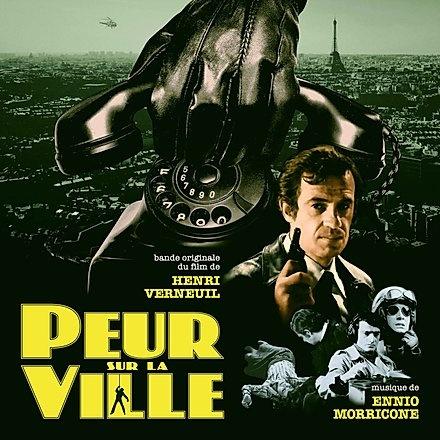 - Wewantsounds announce the special reissue of one of Ennio Morricone's most striking soundtracks composed for Henri Verneuils's 1975 film, Peur Sur La Ville (Fear Over The City).
- Includes the original score released in 1975 plus a second vinyl worth of bonuses which have never been out on vinyl. These includes two tracks making their official debut after 45 years.
- For this special edition, the label asked Californian musician and soundtrack expert AM to team up with his good Paris friend, Air's JB Dunckel to discuss the Peur Sur La Ville film and music, and their common admiration for the Maestro's music.
- Gatefold sleeve designed by American illustrator Eric Adrian Lee.