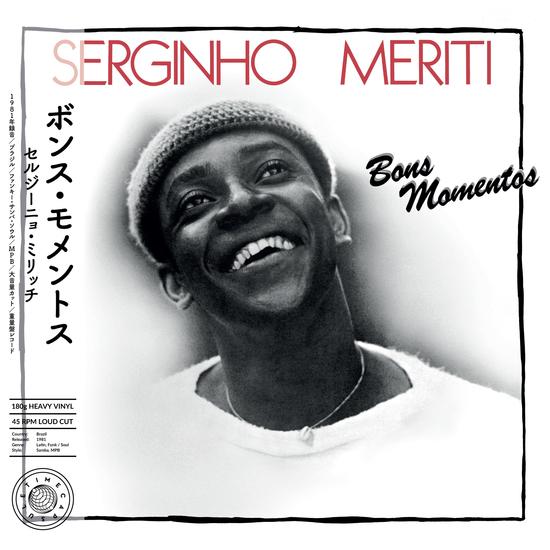 Toujours plus de Brésil de qualité svp!! Petit bijou qui sera épuisé rapidement, comme toute bonne sortie sur étiquette Time Capsule.
--------------------
Inspired equally by the soul and funk of the Black Rio movement and the samba rock innovations of Jorge Ben, Serginho Meriti's classic debut album presents one of the best - if least known - examples of funky Brazilian soul. Snapped up by Polydor at the turn of the 80s, "Bons Mementos" was his first work as a solo artist. It's the work of a young musician brimming with musical ideas and creating a new take on the Black Rio sound - one he would refer to variously as Meritiense (the sound of Meriti) or as Electric Samba. The title track is perhaps the perfect distillation of his ideas, mixing Black Rio's funky bass and guitar lines with a healthy dose of the samba rock style developed by Jorge Ben, a pinch of 80s synths, and some of the best call-and-response female vocals this side of Fela Kuti.