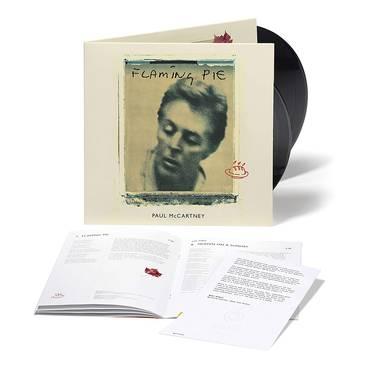 Flaming Pie is the thirteenth release in the Paul McCartney Archive Collection, personally supervised by Paul McCartney and remastered at Abbey Road Studios.

Flaming Pie would represent yet another pinnacle in Paul???s solo catalogue: Released to rapturous reviews, the album would be Paul's most commercially successful release of the '90s, achieving his highest chart positions since the '80s and would receive gold certifications in the US, UK, Japan and more.

Available here, the 2 LP features the remastered album cut at half speed across two 180g LPs in a gatefold sleeve with booklet.