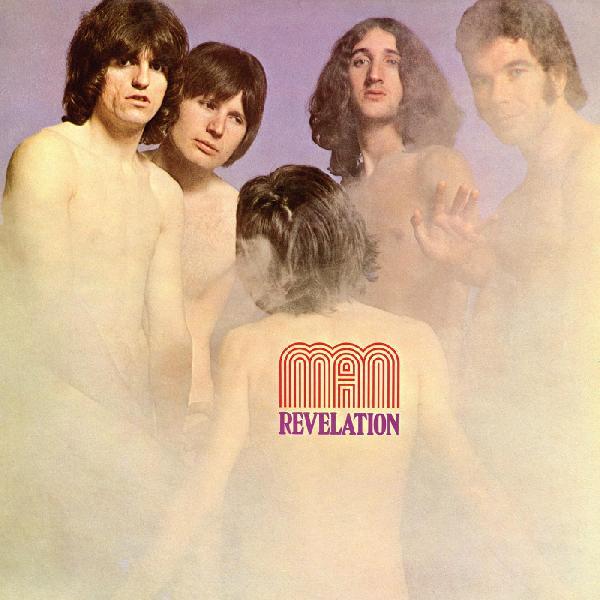 "Like most concept" albums of the period Man's 1969 debut release was a little short on continuity and well concept but who cares when in the space of one wildly psychedelic side Revelation careened from the psychedelic pomp of "And in the Beginning" to the banned-in-the-UK "Erotica which upped the ante on Jane Birkin and Serge Gainsbourg's carryings-on with the sounds of a four minute-long female orgasm set to a fuzz-guitar freak-out!? Side two is only a little bit less intense, with the coulda been/shoulda been single Don't Just Stand There (Come Out of the Rain)" a worthy successor to the Small Faces" "Itchycoo Park." this Welsh band displays the twin guitar attack of Roger "Deke" Leonard and Mike Jones that led them to be compared to Quicksilver Messenger Service. But Clive John's Hammond organ gives Man's sound an extra texture that pushes them a bit in a prog direction Throughout making Revelation exactly that (headphones highly recommended)! Real Gone Music is proud to give this overlooked late-'60s gem its first-ever American reissue in a "flipback" album jacket (flaps outside on back cover) that mimics its original Pye label packaging. Purple vinyl pressing limited to 1000 copies!""