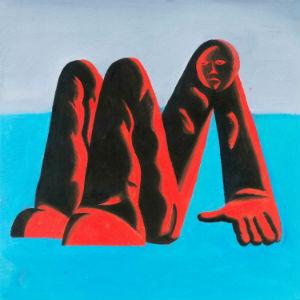 King Krule has announced the release of his forthcoming album Man Alive!, due Feb 21 via True Panther/Matador Records. (Available on CD, standard black vinyl, indie record store exclusive red vinyl.) Archy Ivan Marshall has the world at his feet. After two feverishly received albums as King Krule, plus another low-key outing under his own name, this extraordinarily gifted 25-year-old from Peckham in South London adds further depth and substance to his oeuvre with his new, wondrous long-player, Man Alive!. * It arrives packed full of his trademark sonic ambition and compositional skill, as well as the now-familiar corrosive lyricism and lurid social observation. Marshall has emerged as a pack leader amongst his peers, leading the charge in a fearless blurring of genre divisions. * The album was written as a direct reaction to the non-stop energy of touring The Ooz, and then partly recorded at Shrunken Heads in Marshall's native stamping ground of Nunhead, with Ooz co-producer Dilip Harris. Increasingly self-sufficient in the studio, he manned most of the instruments himself, except for the saxophone, which was played by his trusty Argentinian amigo, Ignacio Salvadores. * Midway through those sessions, however, Archy found out he was going to become a dad for the first time, and he decided to move up to the North West to be near the mother's family, ready for the baby's arrival.