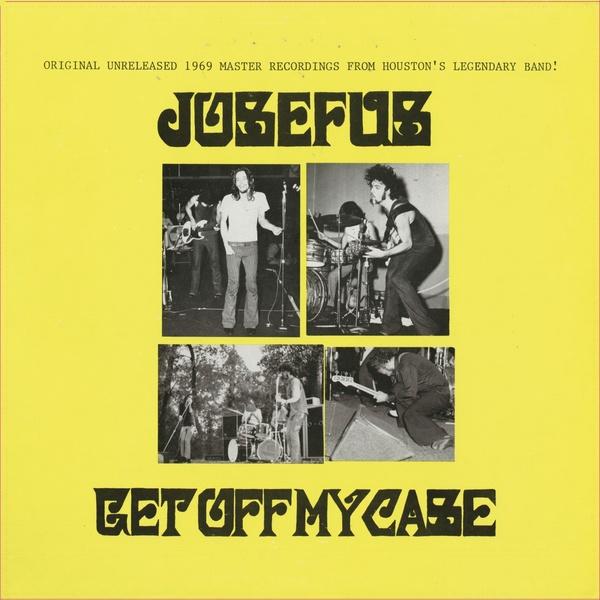 - Limited edition one-time only pressing licensed from Numero Group.
- Get Off My Case was recorded in a Phoenix studio by hard-rocking Texans Josefus.
- Four tracks from this first session were later re-tracked for their cult-followed LP Dead Man (1970), but the remaining three songs serve as a capsule to their later realized potential.
- Hints of psychedelic leftovers remain under the enveloping shroud of swampy crunch coaxed out by the sex and scrap of British blues influences.
- Comes with eight-page booklet.