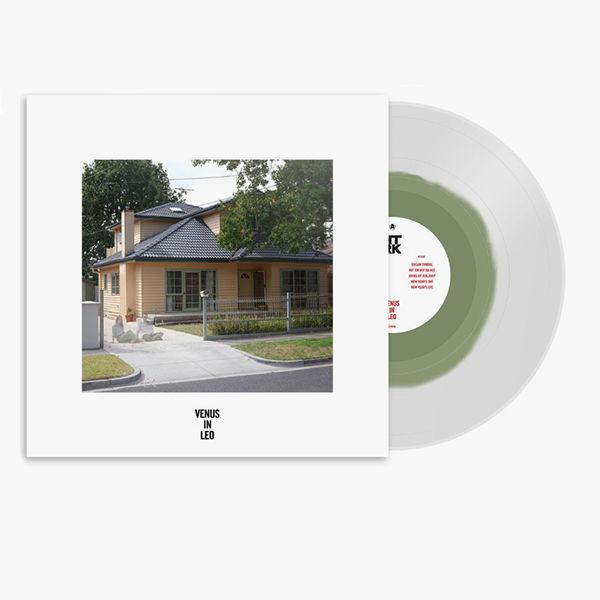 Clear vinyl with sage green center edition, limited to 700 copies. The fourth album from HTRK, the duo of Jonnine Standish and Nigel Yang, arrives five years on from 2014's "Psychic 9-5 Club". While some much-loved HTRK hallmarks remain - the combination of space and intimacy, the unmistakable interplay between Yang's guitars and effects and Standish's vocals - "Venus In Leo" comes with its own sonic palette, marking a new chapter for one of the most distinctive bands of the past decade. Where HTRK's early material was scuzzy, then dubbed-out, now Yang's instrumental arrangements are brought to the surface, covered by nothing more than a fine gauze. On "Venus In Leo", Standish's vocals are crisply rendered, with songs about jealousy, longing and (anti) wellness: recipes for the drama that simmers just below the surface of mundane suburban life.