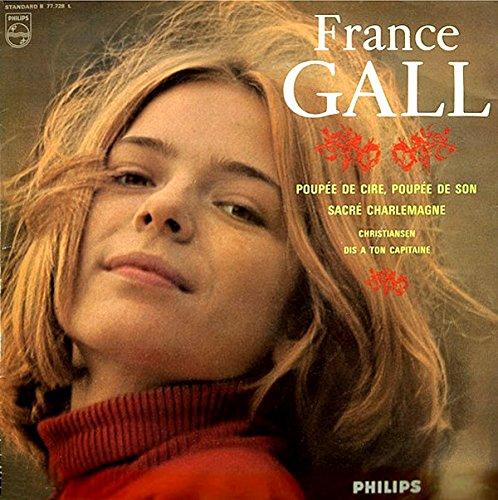 France Gall was a prolifi c French vocalist and performer, remembered as one of the central fi gures of the 1960s yé-yé pop movement. Aligning catchy, spirited rhythms with lighthearted lyrics and drawing from the beat music a la early Beatles and Hollies, the yé-yé artists promoted a sort of new freedom of expression and breaking down of social barriers in post-WWII France. Third Man Records is beyond honored to bring this music to a larger audience by issuing the fi rst authorized North American vinyl pressings of these titles, some of the most brilliant highlights from Gall???s catalog. While France Gall had been releasing music since she was 16 it wasn???t until she took the Grand Prix at the 1965 Eurovision Song Contest with her rendition of Serge Gainsbourg???s ???Poupée de Cire, Poupée de Son??? that she would be catapulted to the top of the swinging yé-yé scene alongside the likes of Francoise Hardy, Sylvie Vartan and Bridgette Bardot. This record contains two of France???s most loved tracks, ???Poupée de Cire??? and ???Laisse Tomber Les Filles??? also penned by Gainsbourg. She recorded versions of the title track in French, German, Italian and Japanese and was now an international pop superstar. At the time France was dismissed by many as making fl uffy ultra commercial pop hits but her music stands the test of time far better than most, as not many were making music of this consistent high quality. Highly recommended. First ever U.S. pressing, on 180 gram vinyl no less.