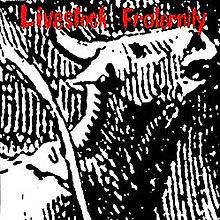 << Livestock is the first album by Australian rock band Fraternity, released in 1971. Livestock is a largely progressive and psychedelic album, and was originally released on the Sweet Peach label, one of only ten albums ever released on it.