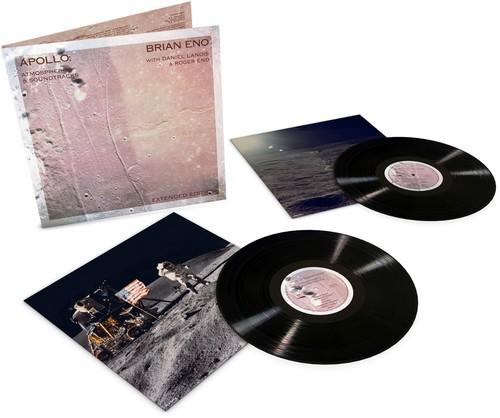 An ambient album masterpiece in an incredible pressing!
---
Apollo: Atmospheres & Soundtracks was written, produced and performed by Brian Eno together with his brother Roger and Daniel Lanois. The music was originally recorded in 1983 for a landmark feature-length documentary, For All Mankind, directed by American journalist, film director and screenwriter, Al Reinert. In celebration of the 50th Anniversary of the Apollo 11 moon landing this remastered, extended edition of the album is available. This very special anniversary edition - Apollo: Soundtracks & Atmospheres Extended Edition features the original album remastered by Abbey Road's Miles Showell as well as an accompanying album comprising of 11 new instrumental compositions reimagining the soundtrack to For All Mankind.