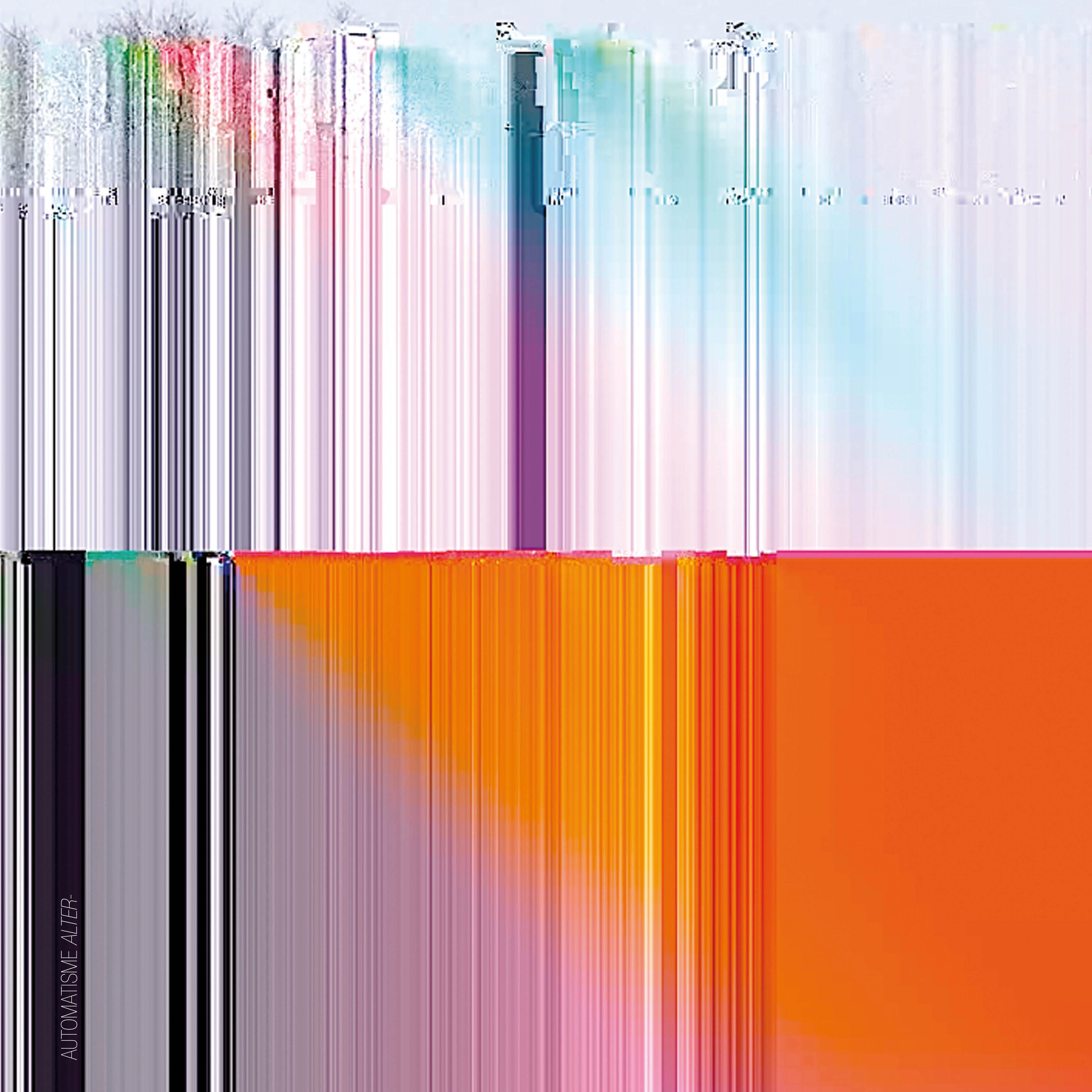 
Album manifesto written by the artist:

ALTER- : A REACTION TO THE ALTERMODERNISM IN SOUND ART

For the Automatisme - Alter- album. I am inspired by how the art historian Nicolas Bourriaud defines the Altermodernism. Bourriaud understands the term "Alter" as a way to mean "other". The altermodernism would be another modernity that is different from the avant-garde modernism and post-modernism. More precisely, this is a new paradigm from the XXIe century with alternative ways to motivate artists to be more radical in art by traveling in the physical and digital world, by cutting the frontiers and by creating other time lines. I apply the "alter" subject to time and to landscape and those, to the rhythmic and the ambient glitch music.

1- THE ALBUM HAS A RHYTHMIC SIDE AND A LANDSCAPE SIDE.

1- a : The rhythmic tracks are named Alter-Rate. That means that I offer other types of rhythms by calculating beats with time rate experimentations. The form of the rhytmic tracks, expresses a course, a wandering, which, in the altermodern life, is not just in a standard 4/4 , or just grid based or non-grid based, but it's in a complex hybrid of all of those.

1- b : The ambient tracks are named Alter-Scape. That means that I offer another type of landScapes by a paused temporality and not by a random time or by the time of the nature. Alter-Scape tracks mimic the saturated globalized soundscapes of the XXIe century.

2- THE GLOBALISED AND SATURATED TIME

For Bourriaud, the artists respond to a new globalised perception. They traverse a cultural landscape saturated with signs and create new pathways between multiple formats of expressions and communications1. The Alter- album tracks have saturated rhythms Rates and static ambient soundScapes. The specific context within which we live is the age of globalisation2. In this album, it means that globalised or always evolving rhythm Rates are in constant movements and are also different every time an Alter-Rate track is exported or performed. On the other hand, a globalised landScape is an ambient track with a motionless temporality. In the era of the altermodern, displacement has become a method of depiction3. The movement of the sound in the Alter- album is two sound spaces. The first is the rhythms that make time movement become apparent and the second is an ambient paused or static time that makes possible to feel and to analyze the movement effect of our surroundings.

3- THE CONSTANT TENSION STATE OF ART

For Gilles Deleuze, art is in a constant state of tension, in as much as it oscillates between the poles of chaos and order4. The Alter- album is a tension between chaos and order in rhythmic beat tracks and ambient soundscapes tracks. It is a deterritorialization of the rhythms and the ambiences of today's natural and digital landscapes and it brings them into the computer glitch music format.

By pushing new softwares to their limits, I push at the extreme the software capacity to calculate and to generate sounds. The Alter-Rate tracks are experimentations with time rates and rhythms with the use of probability and artificial intelligence based sequencers. The partition signal starts from a master sequencer that gets into all instruments on a track. Each instrument receives this signal and modulates it with other sequencers that are each programmed differently for every instrument. Finally, all the instruments signals return to a master output that contains a stutter effect. This master channel is sequencing all other channels into one single rhythm. In short, a single rate merges and expands into a vast archipelago of rates and the transformed signal becomes a new single rate. The Alter-Scape tracks are experimentations with midi triggers that give the sensation of a timelessness. Multiple reverb effects are also routed into each other to create soundscapes of continuity. About the type of sounds created in this album, I do experimentations with deep frequency modulation synthesises (FM) on all Alter-Rate and Alter-Scape tracks.

I put a few layers in the tracks to be able to focus on the time space and perception. The tracks are generative and every parameter uses probabilities to be programmed. This is something that was not possible some years ago. The computers are enough powerful to generate that now. I export many times the tracks and i push the computers to their limits by making hard for them to calculate and to generate the tracks with a deep, a pointillist and an extreme software programming. These techniques do different versions every time that I export or perform a track and in my opinion, that opens a fresh and innovative way to do new experimental club music and ambient music. The computer has its own limits too.