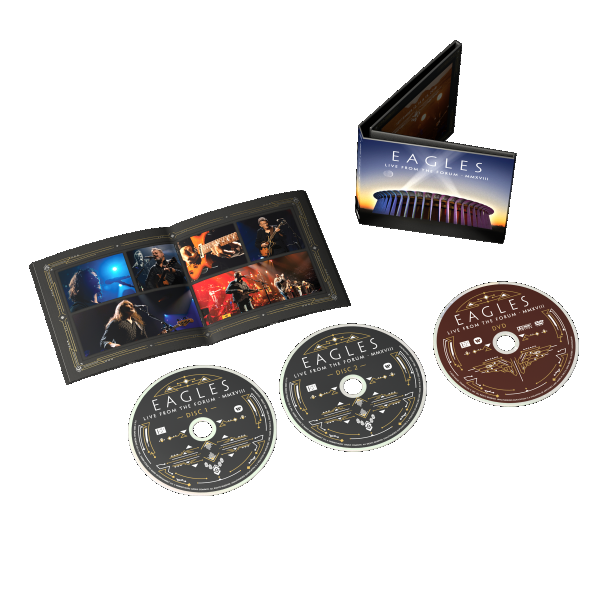 The Eagles spent most of 2018 on the road with an extensive North American tour that found Don Henley, Joe Walsh, and Timothy B. Schmit joined by two new bandmates: Deacon Frey and Vince Gill. Earning rave reviews from fans and critics alike, the quintet was firing on all cylinders when they arrived at the Forum in Los Angeles for three sold-out, hometown shows on September 12, 14, and 15. Highlights from all three shows have now been compiled for a new 26-song live album and concert film LIVE FROM THE FORUM MMXVIII."