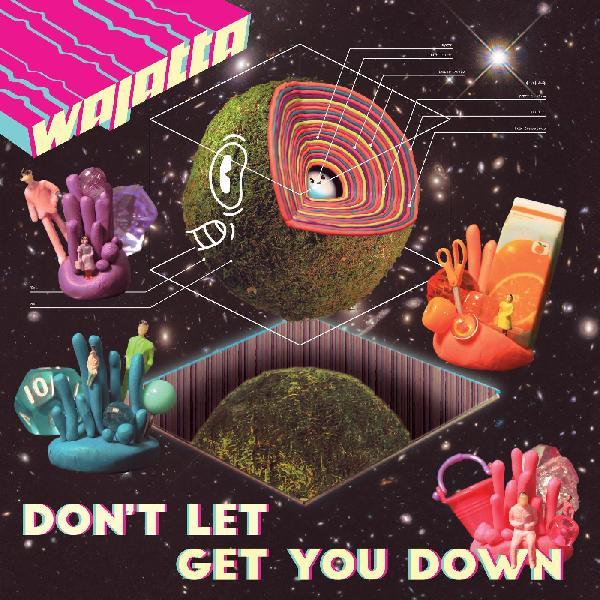 Wajatta ??? the musical duo of Reggie Watts and John Tejada ??? return with their second album, Don???t Let Get You Down, to be released by Brainfeeder in February 2020.
Coming from different worlds, but sharing a passion for the rich history of electronic music, beat-boxer / comedian / musician Watts and electronic music artist / DJ / producer Tejada bring out the best in each other???s formidable skill sets. Where the duo???s debut album Casual High Technology hinted at the broad stylistic possibilities inherent in the marriage of Watts??? elastic, soul-stirring vocals and Tejada???s layered, melodically inventive productions, Don???t Let Get You Down makes good on that promise.

Wajatta is a mash-up of the artists last names. Having grown up with similar musical influences, Austrian-born Tejada and German-born Watts draw from their love of electronic music. Exploring the intersection between influences and innovation, the two describe Wajatta's music as ???electronic dance music with its roots in Detroit techno, Chicago house, '70s funk and New York hip hop.??? It???s a sound that is both familiar and wholly original ??? and, like all great dance music, ultimately life-affirming, as Watts vocalizes, sometimes without words, the joyful energy of his and Tejada???s funky, shape-shifting productions. ???That???s the great thing about working with John,??? Watts says with an infectious grin. ???He???s so steeped in the history of this music. I just pick up on that and run with it.???