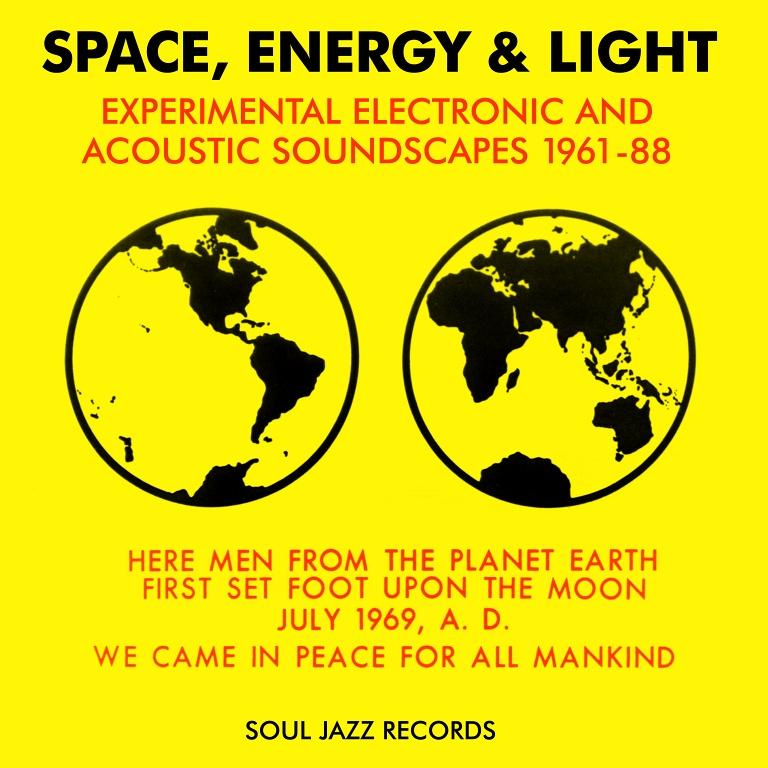 Soul Jazz Records??? new Space, Energy and Light is a collection of music by early electronic and synthesizer pioneers (from the 1960s through the 1970s), mid-1970s proto-new age gurus and 1980s guerrilla D-I-Y cassette-era electronic artists, spanning in total over a near 30-year time frame. All of these artists used electronic advancements in music technology as a means of exploring not only space and the idea of the future, but also of looking inwards to the soul and of creating music in harmony with the natural world.

From computer software and hardware experimentalists and sound pioneers such as Laurie Spiegel and Kevin Braheny, as well as Mother Mallard???s Portable Masterpiece Company ??? the first synthesizer ensemble created in collaboration with Robert Moog ??? through to musique concrète experimentation, the album shows how technological advancements and creative artistic expression often went hand in hand.

In the mid-1970s artists Steven Halpern and Iaxos were instrumental in creating proto-new age music, experimenting in both the healing properties of sound and its relationship with the natural world. These artists also pioneered a new self-contained and underground D-I-Y approach to music, creating their own record labels, forming new distribution networks (with albums sold in meditation centres, health food stores and ashrams) far away from the commercialism of the mainstream music industry. In the early 1980s after the revolution of punk, these D-I-Y attitudes and ideas appeared once more in the growth of the distinctly anti-commercial and underground cassette-only careers of artists such as Germany???s Stratis and Carl Matthews in Britain.