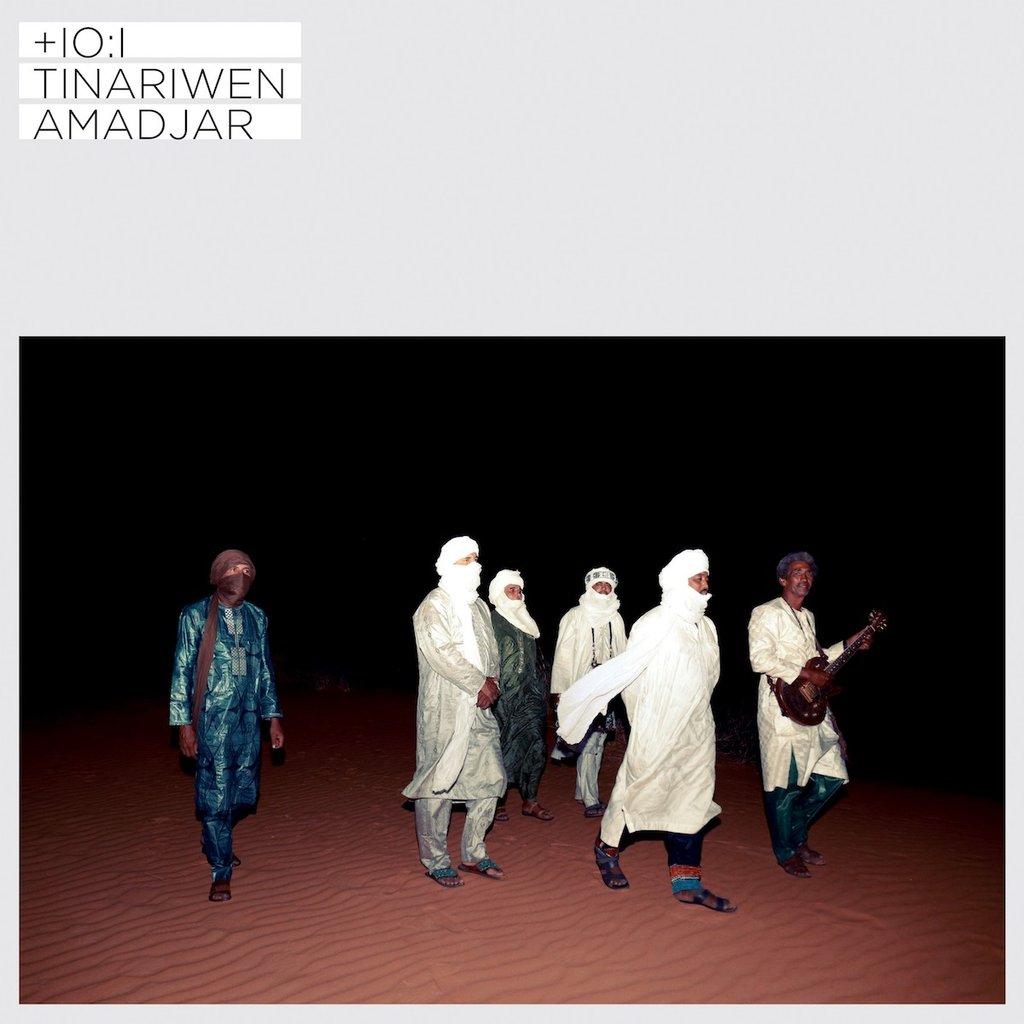 September 6 street date. Amadjar means ???the unknown visitor??? in the language of Tamashek, the one who seeks hospitality and who???s condemned to an inner exile, within a territory or within himself. The story of Amadjar, the ninth Tinariwen album, begins at the end of 2018, at the Taragalte Festival of nomadic cultures in the Moroccan Sahara. After a concert and a sandstorm, Tinariwen hit the road and head for Mauritania, via southern Morocco, Western Sahara and the Atlantic coast. The destination is important but no more so than the journey itself. Tinariwen are joined by their French production team, who arrive in old camper van that???s been converted into a makeshift studio. The journey to Nouakchott, capital of Mauritania, takes a dozen days or so. Every evening, the caravan stops to set up camp and the members of Tinariwen get to work under the stars ??? to prepare for the recording, talking things through, letting their guitar motifs, thoughts and long buried songs come. Then, during a final camp in the desert around Nouakchott that lasts about fifteen days, to an audience of scorpions, the band record their songs under large tent. In a few takes, without headphones or effects. This nomadic album, recorded in a natural setting, is as close as you can get to Tinariwen. And also, therefore, to the idea that things can evolve: bassist Eyadou plays a lot of acoustic guitar; percussionist Said tries his hand at new instruments; Abdallah exhumes songs that he???s never played on stage with Tinariwen. And that violin that appears on several songs and reminds you of the traditional imzad ; It???s actually played by Warren Ellis. The violinist in Nick Cave???s band is one of several western guests on the album. We also hear the mandolin and charango of Micah Nelson (son of the country music giant Willie Nelson, and Neil Young???s guitarist), and the guitars of Stephen O???Malley (Sunn O)))), Cass McCombs and Rodolphe Burger. The album is mixed by Joshua Vance Smith.