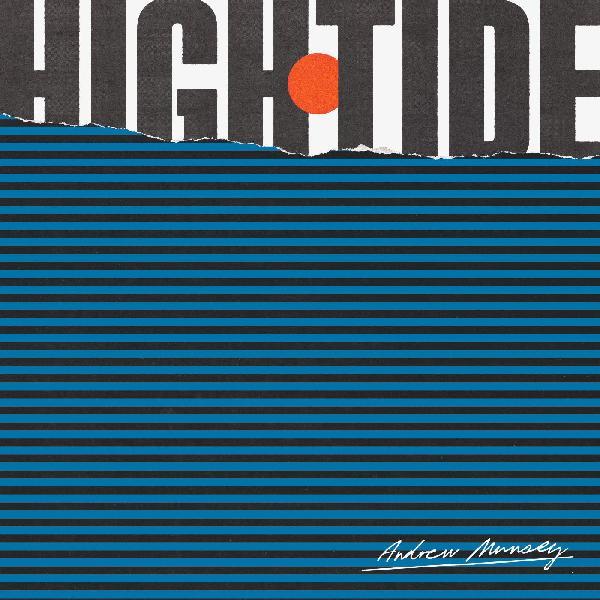 Drummer, composer, and producer Andrew Munsey takes the lead in a debut as bandleader on High Tide. His prior works as a producer have been described as ???a magnetic audio experience??? (All About Jazz) while his sometimes unconventional mixing approach has been called ???an ingenious use of the medium??? by the New York Times??? Nate Chinen. On High Tide, Munsey???s compositions are forefront in an ambitious record by his quintet of longtime collaborators Steph Richards, Ochion Jewell, Amino Belyamani, and Sam Minaie, an A-list ensemble of players on the Brooklyn jazz scene. Ranging from modern, angular, and groove-driven, as heard on the title track, to cooly austere on Schema, the group navigates a breadth of musical sound worlds, sometimes with poise and other times with abandon, showing a deep interconnectedness and shared concept of time throughout.

While undoubtedly jazz-oriented, the style bends toward the modern, where form and structure turn the square obtuse, and where melody and motif turn the circle into an escape hatch to unknown destinations. The album???s more substantial works are stitched together with fragmentary and improvisatory interludes, prologue and epilogue to the compositions like dreamscapes. On Driftwood, the album???s second allusion to the sea, we hear Munsey???s muffled but melodic mallet-on-drum work dance around the slow-motion wandering bass line, a cycle that seemingly returns a beautiful but mangled melody to the water???s edge. On Undertow, we feel that same force pull us back beneath the surface. The compositions and improvisations move from warmth and simplicity to strangeness and back again with fluidity.

The album???s only non-original work reaches back into the early twentieth century, with Les Cinq Doigts: Lento by Igor Stravinsky. Here the ensemble reveals their methodology for stretching a compositional kernel into a shared territory for exploration, turning the 19-bar miniature into a bounty. While nearly one-hundred years old, the piece is folded into the record???s palette with ease, a testament to Stravinsky???s timeless melodic efficacy.

On High Tide, each of the group???s members brings a piece of their musical lexicon to the table, while the listener gets to hear this become a shared dialogue between close collaborators. Trumpeter Steph Richards has been praised as ???spellbinding??? (NPR); the compositions of pianist Amino Belyamani, from the electro-acoustic trio Dawn of Midi, have been described as ???something totally unprecedented??? (Pitchfork); saxophonist Ochion Jewell's music has been hailed as ???exhilarating in every facet.??? (New York City Jazz Record); bassist Sam Minaie, a mainstay of Tigran Hamasyan???s trio, has been revered for his ???rhythmic flexibility??? (Downbeat). In this context, they work in concert around Munsey???s compositions with his drumming ???leading the way??? (New York Music Daily). The results are fresh, sincere and forward-looking.