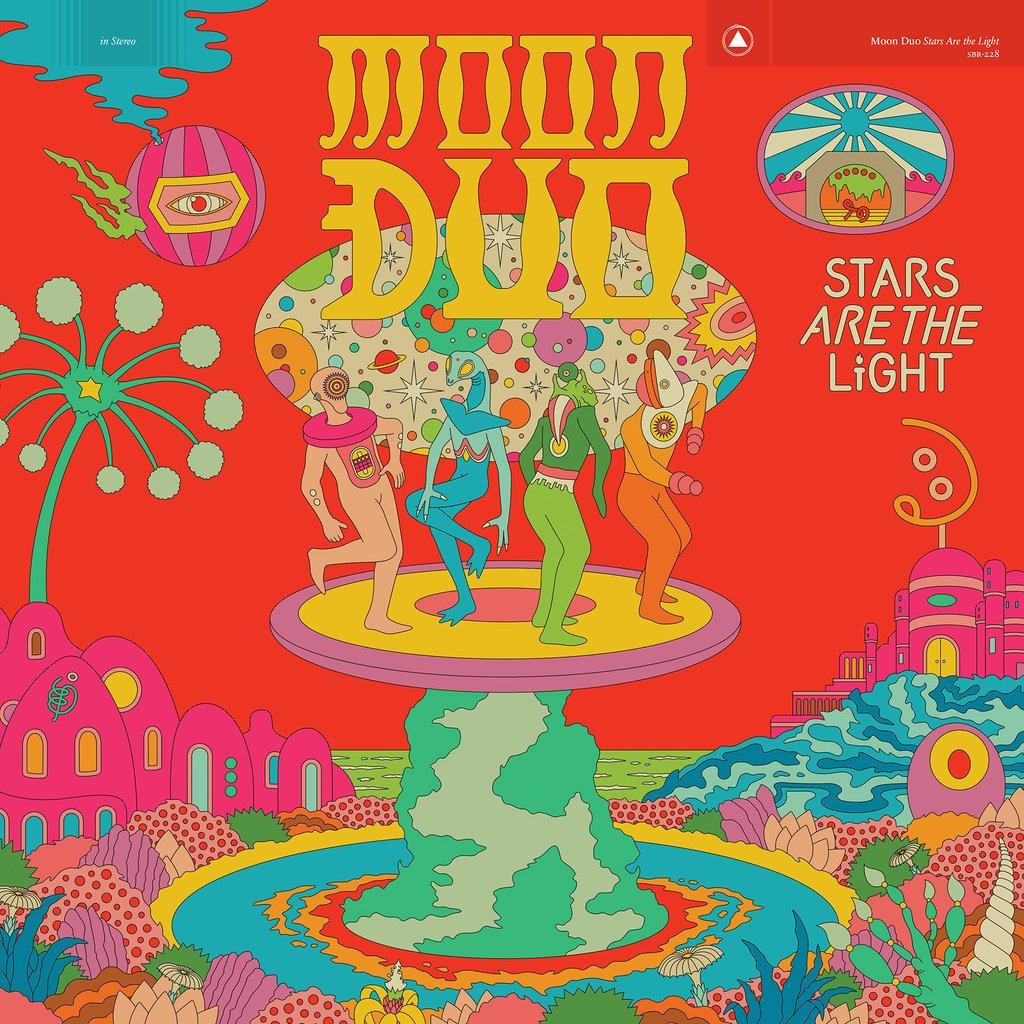 "Stars Are The Light", the luminous seventh album by the American psych explorers Moon Duo, marks a progression into significantly new territory. From a preoccupation with the transcendental and occult that informed Ripley Johnson and Sanae Yamada's guitar-driven psych rock, and reached its apotheosis in the acclaimed "Occult Architecture" diptych, "Stars Are The Light" sees the band synthesize the abstract and metaphysical with the embodied and terrestrial. Branching out from "Occult Architecture Vol. 2", the album has a sonic physicality that is at once propulsive and undulating; it puts dance at the heart of an expansive nexus that connects the body to the stars. Taking disco as its groove-oriented departure point, "Stars Are The Light" shimmers with elements of '70s funk and '90s rave.