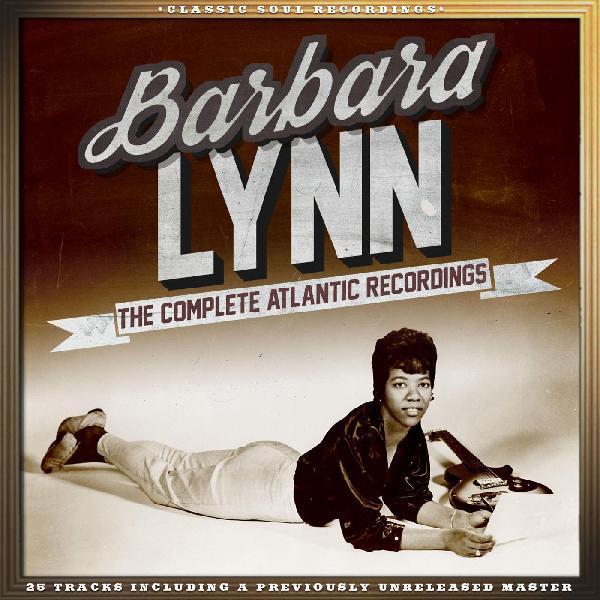 "Texas-born Barbara Lynn has long been considered one of the finest performers of the style known as Southern Soul, the gritty, traditional R&B style of singing and playing associated with artists whose careers began in the 60s and early 70s. Her career began in her late teens, when Barbara turned a poem she d written in school into #1 R&B hit, "You ll Lose A Good Thing," in the Summer of 1962, launching a career that has now spanned over five decades. Produced by Huey P. Meaux, the now-classic recording (also covered by Aretha Franklin and Freddy Fender among others) was cut for Philadelphia-based Jamie Records, for whom Barbara (a left-handed guitarist and writer of much of her own material) went on to record two albums and a number of singles, half-a-dozen of which became R&B-charted hits including 1964's "Oh! Baby (We Got A Good Thing Goin)," recorded by The Rolling Stones a year later. After a brief spell with producer Meaux s Tribe label, Barbara was signed to Atlantic Records in 1967, recording an entire album, Here Is Barbara Lynn, which yielded the Top 40 R&B and Top 100 pop charted single, "This Is The Thanks I Get." A popular touring artist, Barbara continued recording for the label, scoring her last Top 40 R&B hit in 1971 with "(Until Then) I ll Suffer," from her original 1967 Atlantic sessions. A one-off session with producer/songwriter and keyboardist Spooner Oldham in 1968 spawned six tracks (including a gender-flip version of Clarence Carter s "She Ain t Gonna Do Right"), two of which remained in the vaults for many years: "Unloved, Unwanted Me" surfaced on a UK 2000 compilation, and an upbeat version of the 1967 Box Tops hit "Soul Deep" finally makes its appearance here as part of The Complete Atlantic Recordings, reissued by Real Gone Music in association with SoulMusic Records. Barbara returned to working with Huey Meaux for her final Atlantic sessions in 1972, which resulted in two singles before the then-mother of three began a hiatus from recording and performing that ended with a 1984 Japanese tour; subsequently, Barbara has recorded half-a-dozen albums, receiving a Pioneer Award from The Rhythm & Blues Foundation in 1999. As its title implies, The Complete Atlantic Recordings features all 25 tracks Barbara Lynn cut for the label between 1967-72. Notes by SoulMusic.com founder David Nathan include quotes from Barbara, who remains an active live performer. Remastered by Mike Milchner at SonicVision...essential Southern soul!"