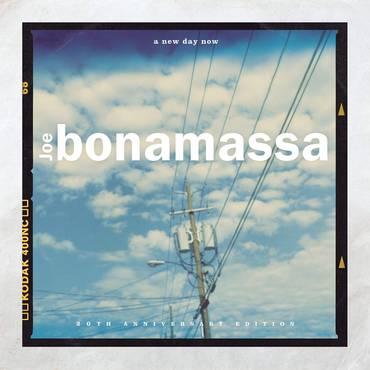 To commemorate the 20th Anniversary of his debut album, A New Day Yesterday, Joe Bonamassa is releasing a newly re-mixed and re-recorded version called, A New Day Now. Joe re-sang all the vocals over and played new guitar tracks on some songs too. Kevin Shirley remixed the album. This version includes 3 bonus tracks produced by Stevie Van Zandt (written by Stevie and Joe) which were demos from the 90's that never made it on to any records. Never heard before vintage Joe!