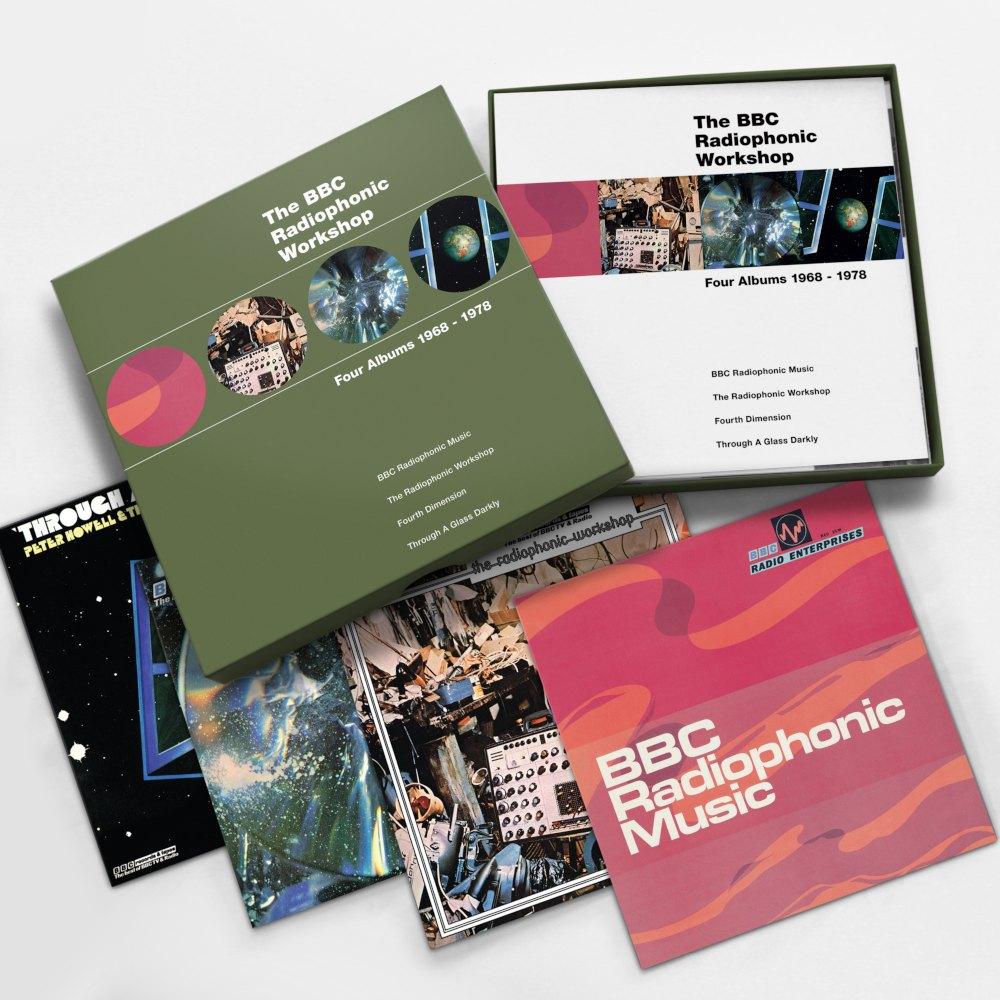 << The seminal output of the BBC Radiophonic Workshop has delighted fans of electronic music and soundtracks over the decades. BBC Radiophonic Music (known as ???The Pink album???), The Radiophonic Workshop, Fourth Dimension and Through A Glass Darkly have been released extensively on vinyl, but only the first two of these have been released commercially on a CD format. They include works from composers Delia Derbyshire, David Cain, John Baker, Dick Mills, Roger Limb, Paddy Kingsland and Peter Howell amongst others. The bonus discs of The Changes (Paddy Kingsland, 1975) and The Stone Tape (Desmond Briscoe/Glynis Jones, 1972), TV soundtracks to BBC series of the same names, make their debut on CD to complete the set, which represents the legacy of one of the UK???s most respected and ground-breaking musical institutions. >>