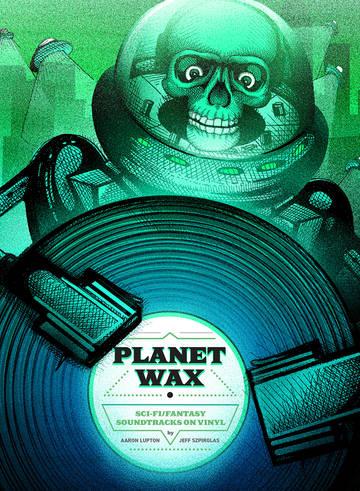 This RSD 2020 release includes 240 pages of sci-fi/fantasy soundtrack recaps, interviews, and full-color vinyl soundtrack artwork. This time out the focus is tighter ('60s to '90s). However, television soundtracks are also featured in a chapter (Star Trek, Doctor Who, Twilight Zone, etc.). In a way it's even more accessible than the first book, with popular franchises including Star Trek, Star Wars, Mad Max, Batman, Ghostbusters, Blade Runner, Back to the Future, Superman, Planet of the Apes, Jurassic Park, E.T.....plus a decent amount of cult favorites.

The included 7??? single is of music by Christopher Young (Pet Sematary/Drag Me To Hell/Species) created for but unused in Tobe Hooper's '86 version of Invaders from Mars, remixed for this release. It???s pressed on anti-freeze green vinyl with custom artwork by Hagcult.